Shem the Penman – 3 Interim Works in Image and Writing

The project of thinking through the nature of time is also that of handing down the truth of its obscure beginnings: it is the very impossibility of returning to a measureless past – or, in other words, the problem of remembering to forget. But what, according to Joyce, Deleuze and Derrida, is the role of invention in thinking this impossibility? And how does technology fit in?

I have argued that the Wake’s strategies of encryption mark the event of an immemorial past, a past that originates outside history and that remains irreducible to the order of subjective experience. A brief discussion of one image from the book’s concluding chapter will serve, at this late stage, to illustrate the connection between the truth of the past – what we might call its pastness or its unavailability to historical understanding – and the formal structures that characterize the instant of (its) figuration. Here, it will not simply be a matter of disregarding the text’s repetitive mechanism, or of looking beyond its strategy of lexical decomposition and recombination hoping to find, in that beyond, some deeper or more authentic thesis on time as measureless passage. What will hold our interest, rather, is an aspect of the Wake that is already encoded in the mechanism as its constitutive  failure – wasteful and counter-productive – poietic invention finds its place in the circuit of memory and imagination as an originary component (a source of the work) and as a moment of structural breakdown (a limit). 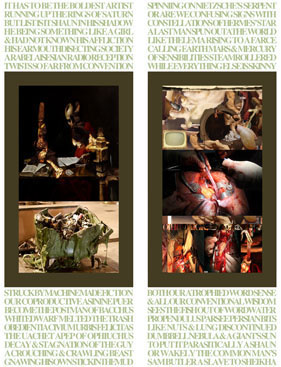 The vicociclometer is without question the most recognizable of the Wake‘s machine –  metaphors, and the most obviously pertinent for the purpose of my argument. The Wake provides a relatively uncomplicated analysis of its internal structure – an analysis that has the added advantage of condensing many of the Wakean motifs encountered and commented upon thus far: 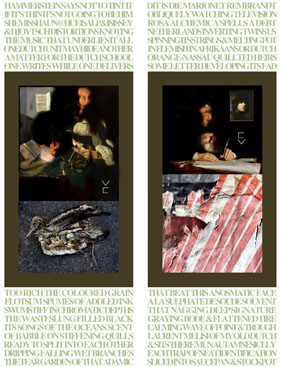 The bulk of the description is self-explanatory, as is the general thrust of the passage: if the cyclometer is an instrument that gauges the revolutions of a wheel, the vicociclometer must be a tool by which we count the revolutions of what Vico’s terms ‘an ideal eternal history traversed in time by the history of every nation’ (The New Science p. 349). To count the revolutions of history is to follow its providential course, and thus to keep track of its turns and its repetitions. This, the Wake tells us, is the task of schoolboy – evangelists Matthew, Mark, Luke and John, who understand history’s millwheeling pattern of an archetypal farmer whose comprehension of history’s ‘exprogressive process’ is more personally invested, certainly more concrete, than that of any scholar. In his dealings with nature, the farmer (also an almighty father in a work – a – day trinity) does more than observe time’s cyclical motion: he lives by a rhythm nature herself established and labours to codify this rhythm for everyone’s domestic consumption. His knowledge is expressly non-academic. Born of a vitality and a productive vigour traditionally associated with rural life, it reflects a concrete, that is to say practical, understanding of agrarian law and a commitment to the civilizing power of an honest day’s work. 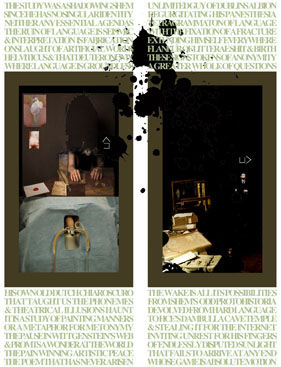 [Opposite to both Shem and Shaun this figure contradicts everything we are told (as it were) “of time as unfolding as measureless passage or pure irredeemable waste” (Borg – p.134)]. Shem relates to the impossible presence of any past whatsoever that associatively never was (so irredeemable is this phenomenon) such that presenting works of art or images can only follow as repetitions and foregone conclusions. Time and Repetition, however, are not the domain of the “farmer” or “Father” alone, since the academic is also repeatedly concerned and connected to both his/her studies as repetitive if “micro – repetitive” and “micro – predictable” in their own fashion underwritten by reading/writing and in this case visual creativity or rather learning to make.] 2017 December.