Humans are infinitely complex beings belonging to the power of language. Poetics is the site of poetry within and also outside the organon of discourse, where characters forming words and sentences trip up philosophy and other question/answer formulations – it seeks complete freedom. Since we are so complex the question of Religions causing hatred and murder in the world and so forth, and on ever-increasing scales, will eventually be rendered as games of the imagination like Humpty Dumpty and other Nursery Rhymes that implicate the notion of “Man’s Fall”. 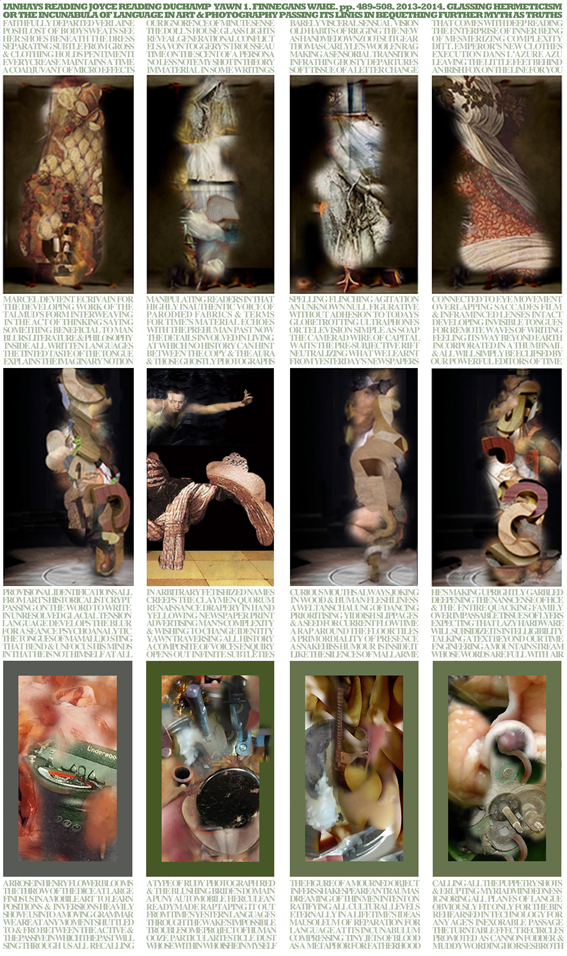 Samuel Taylor Coleridge thought that: “Language is the armory of the human mind, and at once contains the trophies of its past and the weapons of its future conquests.” Language is image and image is imbued with language – visual artists have been fixated on doing away with language. This is an impossible and contaminated idee fixe unfit for current thought. 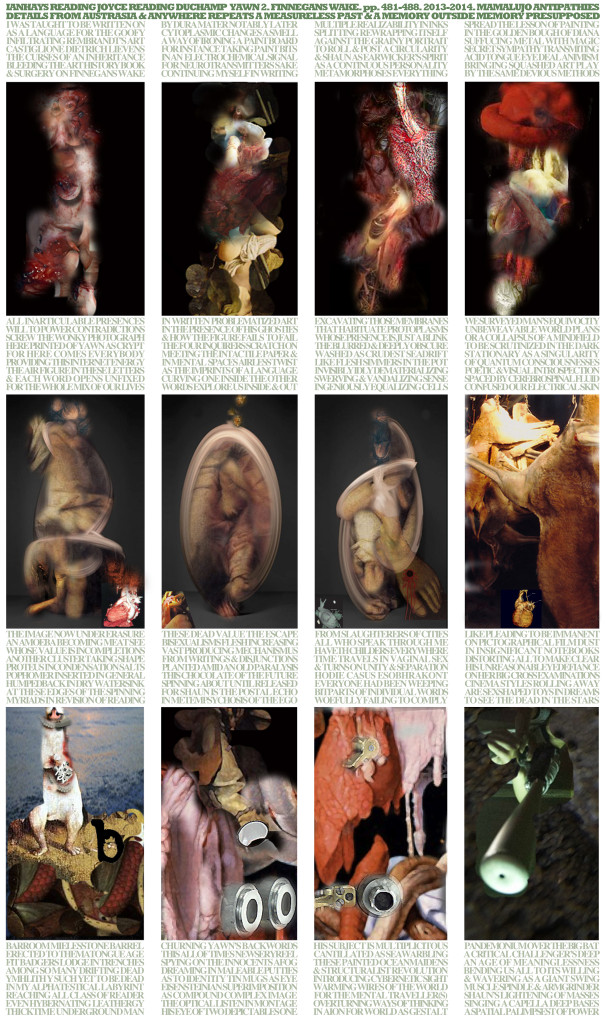 Photoshop. The Work of Art being the image on the screen – an amalgamation of photographic processes and increasing electronic mediumistic tools supplementing the imagination. 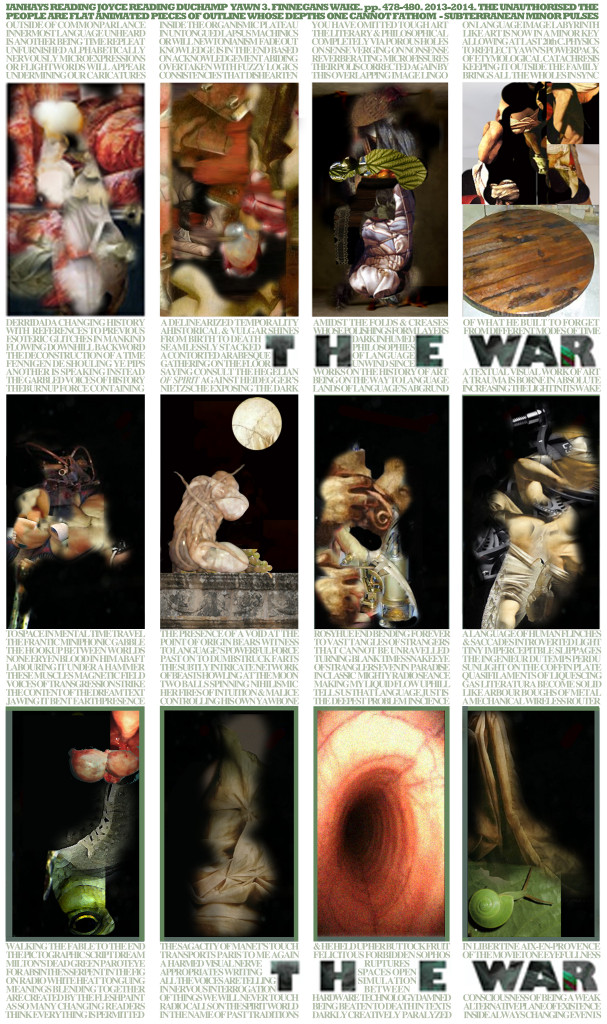 In these Details of Larger Photoshop Screenprints image and words are born, develop, and change. The work is of an evolving language evoking styles of communication from the classical to those contemporaneous to our day melded from the Internet. Ultimately we shall find that art is a faculty of the mind which is the field of changing language and of identity in play. Photoshop ScreenBildung will come to mean a changing of meaning in place, order, condition, or nature. More than this, because art is a word whose contextual meaning is itself in flux, the word performs its own meaning, thus becoming self-textual – Metatextuality. Associative resonances – the ebb and flow of living matter – the work of Proteus is always changing even as it has been copied, plagiarized and requoted. 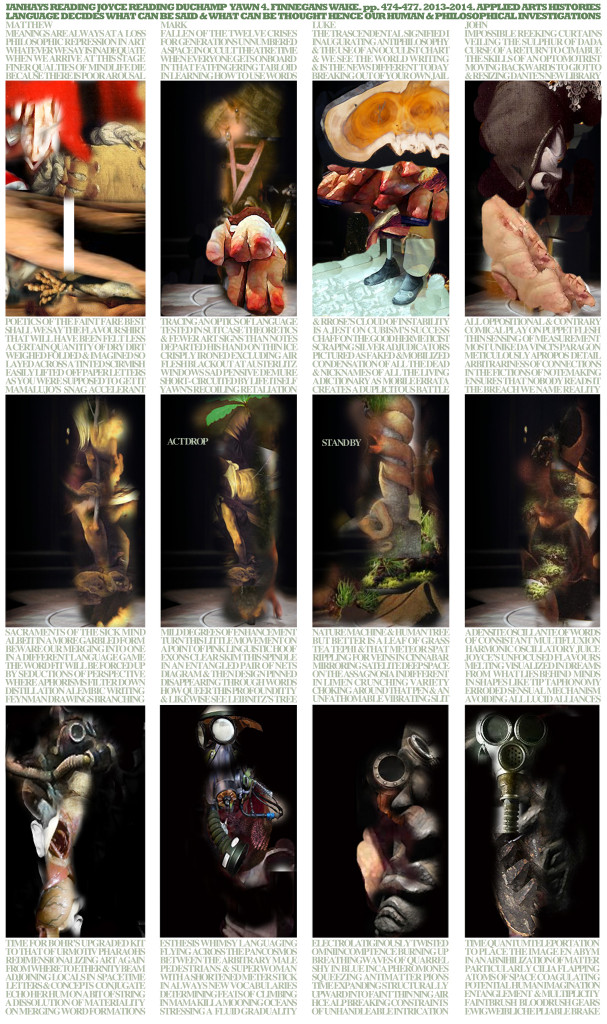 The activity of image and text is basic in wishing to allocate senses – a deferred space – engaging potential horizontal and vertical readings. It invites the Mallarméan flight of the poem, its author and the world; and the Heideggerian poet who calls the world into being. 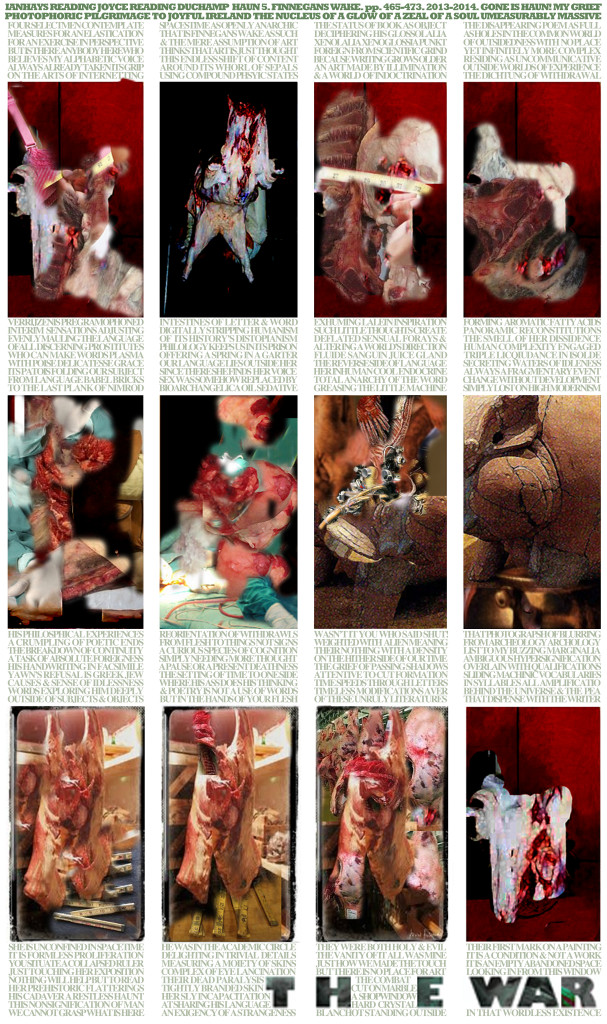 “Our fine arts were developed, their types and uses were established, in times very different from the present, by men whose power of action upon things was insignificant in comparison with ours. But the amazing growth of our techniques, the adaptability and precision they have attained, the ideas and habits they are creating, make it a certainty that profound changes are impending in the ancient craft of the poetic mind. In all the arts there is a physical component which can no longer be considered or treated as it used to be, which cannot remain unaffected by our modern knowledge and power. For the last eighty years neither matter nor space nor time has been what it was from time immemorial. We must expect great innovations to transform the entire technique of the arts, thereby affecting artistic invention itself and perhaps even bringing about an amazing change in our very notion of art.” After Paul Valéry, Pièces sur L’Art, 1931. Le Conquete de l’ubiquite. 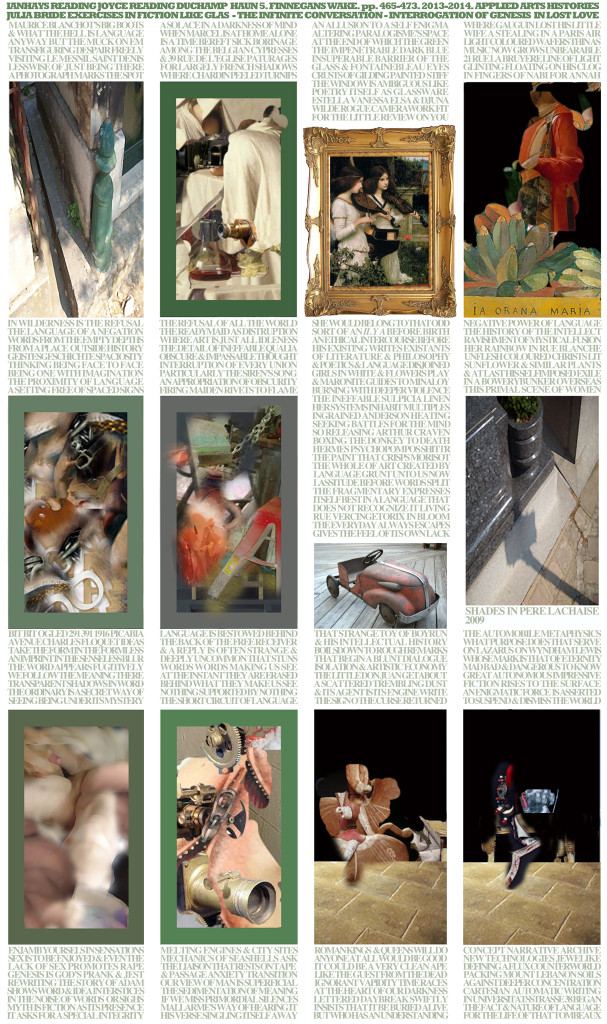 Only by changing and teaching oneself can one begin to see one’s surroundings for oneself, even at the risk of alienating oneself from one’s past or from institutions (the school, the university, the museum) that confer “legitimacy” on cultural products.